Home › U.S. News › The Murderers of Ahmaud Arbery Have Been Arrested. It Isn’t Enough.

The Murderers of Ahmaud Arbery Have Been Arrested. It Isn’t Enough. 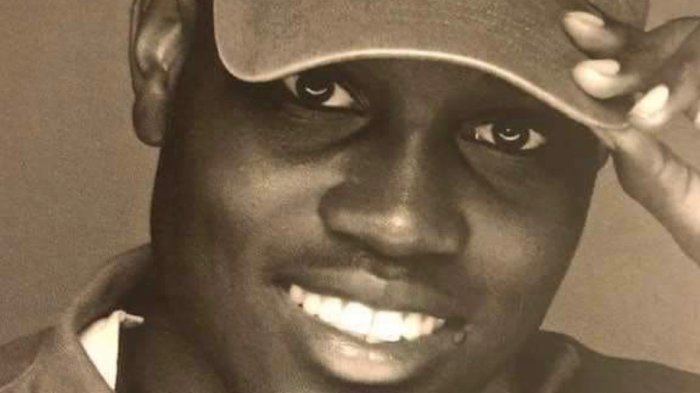 The father-son family of lynchers in Brunswick, Georgia have been arrested and charged with the aggravated assault and murder of Ahmaud Arbery. A national campaign to see the men arrested grew rapidly in the wake of recently release video of the murder that proved with little doubt that the action was a premeditated contemporary lynching conducted by a police-connected family.

It is right to feel relief in this moment, particularly given the appallingly low rates at which police and police-affiliates are charged with the murder of unarmed black people going about their everyday life, in the case of Ahmaud Arbery, jogging, an activity he loved, and curiously looking at a construction site—making him a “suspect” in recent burglaries for the citizen-arresting racist killers. But it’s clear, without our national, surging movement against police violence, Ahmaud Arbery would’ve been another lost statistic amidst those tens of thousands lynched in the United States, often with police participation and complicity. Local police authorities in Brunswick, many of them buddies with the two murderers, were already quite successfully sweeping the killing under the rug. It was only due to the resources and rigor of the movement against police brutality that Ahmaud’s story reached the nation and forced the hand of law-enforcement.

We know from recent history that we cannot put our faith in police departments to reform themselves and alter arresting practices, or even in electing progressive DAs. We can arrest every killer, but we cannot arrest juries that consistently see white killers as troubled and black workers as suspects, nor can we arrest judges who care more about white second chances than black lives. As Stokely Carmichael famously remarked, non-violent movements for reform only work when your enemy has a conscience, and the lives of Michael Brown, Trayvon Martin, Philando Castile, Eric Garner, Laquan McDonald, Tamir Rice, Freddie Gray, Sandra Bland, Alton Sterling, Walter Scott, and many others throughout the centuries, prove that American law has none. It is truly a relief that Ahmaud Arbery’s killers will at least face the bare minimum of justice, but that won’t bring Ahmaud back, nor prevent more incidents like this.

Yet, in reckoning that we cannot hope for the system to reform itself, and cannot consider individual arrests as sufficient, we understand and see the solution—our movement for community control of police and a revolutionary remaking of law to protect working people of all kinds, not the rich and white supremacists. That movement will now turn its attention to agitating at every level, and with all available means, to see the two murderers charged and given fair sentences of life in prison to continue the momentum of the campaign to see them arrested and tirelessly maintain our campaign to see the killers of Ahmaud Arbery punished. We do so not because we believe the American legal system is fair and democratic, but the opposite—we know from experience that it isn’t, and only the movement of the people, the kind of movement we build when we organize for justice, can change that.

Today would have been Ahmaud Arbery’s birthday. Today, as his murderers are arrested, we can feel some small sense of relief as we grieve. But we know that even life sentences for his killers won’t be enough. We know, as Abraham Lincoln said in 1864, that we will keep marching for Ahmaud until “every drop of blood drawn with the lash is paid with another drawn with the sword.” And we will conclude, with Malcolm X in 1962, that white racists and their enablers, our common enemy, who “refuse to clean their house up…shouldn’t have a house.”