Home › U.S. News › This Labor Day, Celebrate the History and Promise of the American Labor Movement

This Labor Day, Celebrate the History and Promise of the American Labor Movement 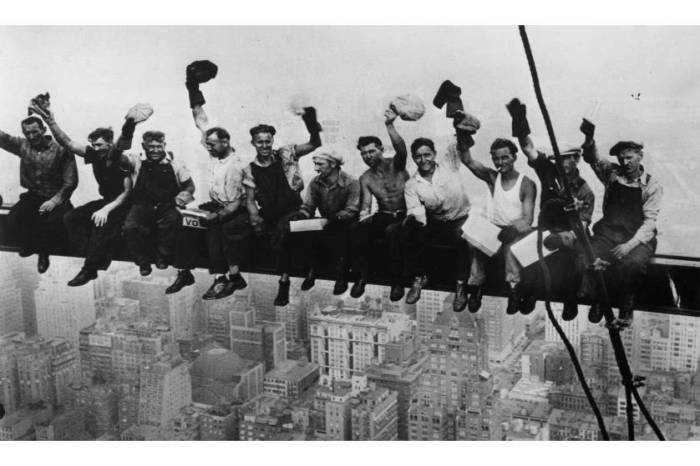 In the United States, those of us who are leftist workers have a vexed relationship with this labor day, the first Monday in September. The day was a refuge for the American state and compromising union leadership from the May Day riots, namely Haymarket, and has since then become a state-recognized and confined day off for all workers in the US, matched with the expected sales and marketing campaigns.

Yet, Labor Day in September did begin with mass demonstrations of laborers with the Knights of Labor, AFL, and other unions in New York City in the last two decades of the 19th century. The first Labor Days were celebrated with picnics and demonstrations, finished with rousing speeches from early labor leaders. And recently, there have been preliminary attempts and rumblings to bring the red spirit of May Day to our official holiday in the US. My union, the NEA, for example, sent out a flier calling for labor day to be recognized as the labor holiday it is, as a celebration of working class pride, not merely a day off.

If there ever is a time to revisit Labor Day with this perspective, it is now. Workers across the country face mounting attacks post-Janus. As we’ve reported, trans workers are having their workplace rights attacked, hundreds of steel workers and Del Monte workers have been laid off, and nearly 700 immigrant workers were arrested in a wanton fashion by ICE in Mississippi with the help of abusive management. The union in which I participate has similarly faced serious financial difficulty, as some adjunct teachers have shortsightedly chosen to opt out of their dues, endangering our accreditation as a union.

Resurgent unionism has nonetheless risen in these conditions. Countless strikes organized at the workplace from fast food fights for 15, to graduate student unions, to rideshare strikes, have come to define the growing leftist movement in the United States. The DSA Convention, largely panned for its procedural “difficulties,” nonetheless clearly declared democratic unionism to be the beating heart of the American left. And turning to Labor Day, bringing the militancy of our May Day marches to this day, reflects the general turn in American left strategy to bring our politics to the American worker, to merge our spaces, and make left spaces less exclusive and distinct from the lives of American workers.

In this spirit, we mark Labor Day not half-heartedly, but with the full strength of our voices as American workers. Our labor did not, as moderate union leaders will no doubt say on this day, “create the middle class,” as if our identity as workers is a transitory state between poverty and wealth. On this day we remember the millions of US workers, many of them immigrants, who made the American labor union the most militant movement in recent American history, and we appreciate the progress we are making in reforging that movement. In the face of increasing attacks on immigrants and our unions, we say emphatically that, in the words of David C. Coates, radical union labor organizer: “An Injury to One is an Injury to All.”