US the biggest threat to world peace in 2013 – poll 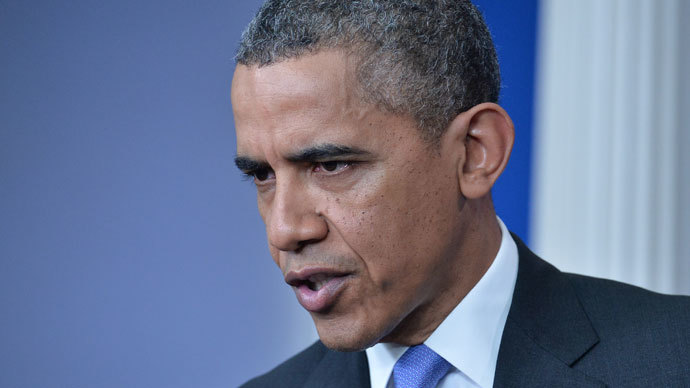 The US has been voted as the most significant threat to world peace in a survey across 68 different countries. Anti-American sentiment was not only recorded in antagonistic countries, but also in many allied NATO partners like Turkey and Greece.

A global survey conducted by the Worldwide Independent Network and Gallup at the end of 2013 revealed strong animosity towards the US’s role as the world’s policeman. Citizens across over 60 nations were asked: “Which country do you think is the greatest threat to peace in the world today?”

The US topped the list, with 24 percent of people believing America to be the biggest danger to peace. Pakistan came second, with 8 percent of the vote and was closely followed by China with 6 percent. Afghanistan, Iran, Israel and North Korea came in joint fourth place with 5 percent of the vote.

The threat from the US was rated most highly in the Middle East and North Africa, those areas most recently affected by American military intervention. Moreover, the survey showed that even Americans regard their country as a potential threat with 13 percent of them voting the US could disrupt global status quo.

Latin America expressed mixed feelings towards its northerly neighbor, with Peru, Brazil and Argentina all flagging the US as the most dangerous country.

After its numerous threats of a strike on Iran, many countries voted Israel was the biggest threat to prosperity. Morocco, Lebanon and Iraq all chose Israel as the number one danger to world peace.

In the survey participants were also asked: “If there were no barriers to living in any country of the world, which country would you like to live in?” Despite being the perceived largest threat to world peace, the US still topped the tables by a narrow margin of 9 percent.

In general 2013 saw a drop in approval ratings for the Obama Administration. A poll conducted by the AP-NORC Center for Public Affairs Research revealed that 50 percent of those asked thought that the political system in the US needed a “complete overhaul.”

In addition, 70 percent of Americans believe the government lacks the ability to make progress on the important problems and issues facing the country in 2014.”

The survey comes two months after the first government shutdown in 17 years in the US which cost the country an estimated $10 billion.

The American government’s credibility was dealt a blow earlier this year when President Obama made a call to strike Syria following a suspected chemical weapons attack by the Syrian government on civilians. The American public and the international community both opposed the action.

Like Loading...
‹ Lenin Statue Reinstated Hours After Being Toppled by Ukraine Fascists
The Crimes of Ariel Sharon ›