Home › U.S. News › Racism › The Chilling 911 Call Where George Zimmerman Tries to Frame His Girlfriend After Attacking Her 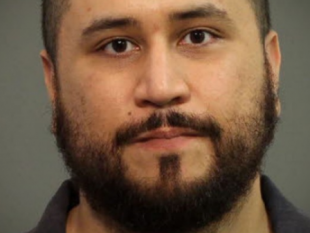 We already know at least one member of the jury that acquitted George Zimmerman in the killing of unarmed 17-year-old Trayvon Martin has had second thoughts about their verdict. If any of them are feeling particularly bad today about their role in setting Zimmerman free, now that he’s been arrested (a second time) for domestic abuse, I’d advise that they wait before listening to the chilling 911 call he made Monday afternoon. It’s extremely disturbing.

I’d give the same advice to Fox’s Sean Hannity, who tried to turn Zimmerman into a right-wing culture hero for killing Martin, allegedly in self-defense, except Hannity shows no signs of having a conscience.

The news that Zimmerman had been arrested again isn’t surprising. It’s just a matter of time before the entitled gun nut and wannabe cop hurts someone else. Just since his release from jail in July, he’s been stopped by law enforcement for speeding at least three times, and police have been called to his home by his estranged wife, who said he threatened her with a gun (she refused to press charges). He also toured the factory that produced the weapon he used to kill Martin. Zimmerman is not now and never was a mild-mannered guy who was at the wrong place at the wrong time and reluctantly killed a young thug who attacked him in self-defense; he is himself a thug with an anger problem looking for trouble.

But given that he used self-defense to evade a murder conviction, it’s appalling to hear him on a 911 call trying to use the same defense against his girlfriend. Samantha Scheibe called police to say Zimmerman held a gun to her face, shattered a glass table, then threw her out of her own house. We hear her yell at Zimmerman on the call. “You just broke my glass table, you just broke my sunglasses and you put your gun in my friggin’ face and told me to get the fuck out!”

Bizarrely, after the cops arrived, Zimmerman made a 911 call of his own, to say “my girlfriend is, for lack of a better word, going crazy on me.” The dispatcher logically suggested that since Zimmerman is calling the police, he might want to talk to the officers who are banging on his front door. But he demurs. “No, they’re pretty upset, I think,” he tells her. “They’re banging on the door and windows.” He’s calling simply because “I just want people to know the truth.”

But the call is one big lie. He goes on to claim that Scheibe is the one who smashed the table, and that she also has a weapon. He also concocts a story about her being pregnant with his baby, which the police have since denied. That’s a creepy and controlling touch. It’s not victim-blaming to say I hope Scheibe avails herself of counseling to understand why she moved in with someone like Zimmerman a month after his acquittal.

Scheibe also told police that Zimmerman had a shotgun, two handguns and an AR-15 rifle with him. It’s remarkable that he still has guns after not only killing Martin but allegedly pulling one on his wife, as well as posting a bull’s-eye with 17 bullet holes on his wife’s parents’ home.

Tuesday afternoon a judge will decide whether to charge Zimmerman, and/or to release him on bail, as well as presumably to leave him with his guns. It should be a no-brainer, but given how the Florida criminal justice system has treated Zimmerman to this point, it isn’t.

I would hate to be a former Zimmerman juror today. I’d also hate to be Sean Hannity, but that’s true every day. Zimmerman’s brother Robert is already claiming reporters and liberals are “rushing to judgment” about his brother, and I’m sure he can convince somebody at Fox to take up the Zimmerman cause again. Look for George to tell Hannity his scrap with Scheibe was “God’s plan” (yes, that’s what he said about killing Martin), this time to alert conservatives to a FemiNazi plot to take away the guns of God-fearing guys like him. Here’s hoping the justice system works this time.

Like Loading...
‹ Report: George Zimmerman Arrested for Assaulting Pregnant Girlfriend
Elián González: My time in the U.S. “changed me for life” ›