Why the Romney bully story matters 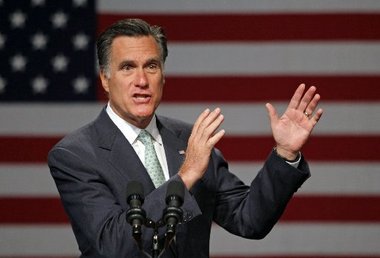 A Washington Post story revealed that Republican presidential candidate Mitt Romney led a disturbing bullying incident in high school. What matters to the campaign now is how he handles it now — and so far, he’s handled it badly.

It would hardly seem fair to judge a 65-year-old man for the shameful things he did in high school, as long as he also regarded them with shame. That doesn’t seem to be the case with Mitt Romney.

Confronted this week by a Washington Post article in which five classmates independently recounted how he led them in an attack on a gay classmate in the 1960s, Romney did not do several things.

He did not say he remembered the incident with horror. He did not say he doesn’t remember the incident, but that bullying must not be tolerated and that vulnerable students everywhere should know he stands with them. Instead, Romney did what he seems to do best in tight spots: He hedged.

“Back in high school, I did some dumb things and if anybody was hurt by that or offended, obviously I apologize for that,” Mr. Romney said. “I participated in a lot of high jinks and pranks during high school and some might have gone too far and for that, I apologize.”

The “dumb thing” in question was an incident in which he and his friends pinned down a misfit kid who was presumed to be gay. As the boy cried, Romney cut off his hair. Romney’s fellow bullies told the Washington Post that the “vicious” attack on a classmate considered “easy pickins” has haunted them ever since. Romney says he doesn’t remember it.

Maybe that’s true (although it seems doubtful). But according to a classmate who apologized to the victim years later, the terrifying memory stuck with him long into adulthood.

In September 2010, after a spate of suicides by young victims of bullying, columnist Dan Savage started the “It Gets Better Project,” which uses user-created videos to let young LGBT people know that no matter what challenges they encounter as teens, they can find happiness and acceptance at some point in adulthood.

Today, Mitt Romney sent those same kids a less helpful message: that the students bullying them without consequences today will still be evading responsibility when they are powerful adults.

This message seems more than accidental coming on the heels of another recent Romney saga — the resignation of his foreign policy spokesman Richard Grenell, who is openly gay, after Romney failed to stand by him publicly in the face of an anti-gay onslaught.

One can only hope these were two isolated cases of bad public relations, not a window into what’s actually in Romney’s heart, or a hint of how he really treats those more vulnerable than he.

As a father, businessman, former governor and potential president, Romney owes it to all kids — the bullies and the bullied alike — to be a better leader.