This frame from a video shot by a bystander shows the teenager struggling to lift himself out of a pool of his own blood as a San Francisco police officer – one of several – aims his gun at the boy rather than trying to save his life.

“As I watch another Black man – shot down in the street like a mad dog by occupation forces paid for by our tax dollars and 456 years of dehumanization – I read accounts of the incident and wonder: What is this young man’s name? Who are his people: family, friends etc.? Does he have a mother? Does she know her son is dead? (Peace be upon him.) I’m the mother of four Black men! I’m grandma to nine grandsons. I’m great-grandma to one. I’ve seen this scene too many times in my 70 years! I wonder: WHO WILL MOURN for this young Black Man? WHO WILL MOURN for all those yet to fall at the hands of our ever-open enemies? Who will mourn for us all?”

When police stopped a teenager stepping off the T-train yesterday to show his transfer as proof he’d paid his fare – $2 at most – he ran from them. They shot him as many as 10 times in the back and neck, according to witnesses. For many long minutes, as a crowd watched in horror, the boy, who had fallen to the sidewalk a block away, lay in a quickly growing pool of blood writhing in pain and trying to lift himself up as the cops trained their guns on him and threatened bystanders.

Having killed the boy at 4:44 p.m., according to the San Francisco Chronicle, in broad daylight at the main intersection – Third Street between Palou and Oakdale – in Bayview Hunters Point, San Francisco’s last largely Black neighborhood, the police seemed eager to terrorize the community. They waited and waited and waited as the teenager stopped moving but continued breathing before eventually setting him on a gurney and taking him to the hospital, where the Chronicle reports he died at 7:01 p.m.

“Why should you die for a transfer?” asked a witness known as Tiptoe in the crowd of hundreds of residents that soon gathered in the plaza at the Oakdale/Palou light rail stop. “Justice will be brought!” hollered one man repeatedly in a booming voice as the crowd shouted at the long line of police in riot gear standing between them and the dying youngster. “I saw the riot squad fly by me on Palou yesterday – five trucks in all,” wrote Bayview resident Sherry Bryson on Facebook.

As usual following police murders, the San Francisco Police Department came up with an excuse. The Chronicle relayed it: “As the officers tried to detain the man, he took off running and drew a gun, police said,” according to staff writer Joe Garofoli. “When the suspect shot at the officers, they returned fire, fatally wounding him,” he continued, quoting SFPD Sgt. Michael Andraychak.

None of the many witnesses I spoke with yesterday saw the young victim either holding or shooting a gun and firmly believe he was unarmed. ABC7’s Carolyn Tyler balanced the police claim that they shot the youngster in self-defense by interviewing Trivon Dixon, who said: “He was running. How could he be a threat in retreat? And he wasn’t running backwards, turning around shooting. He was in full throttle, running away from the police. I don’t see in any way how he could be a threat to the police.” 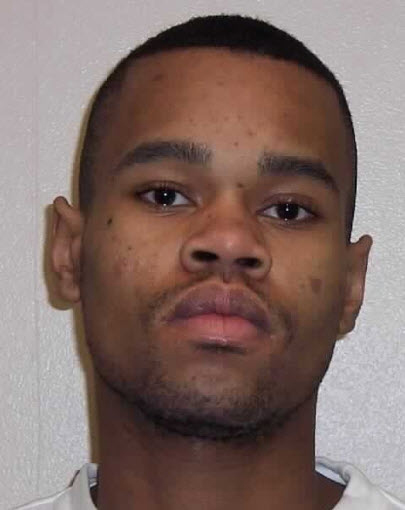 On July 18, two days after they killed him, police identified the teenager as Kenneth Harding, 19, and demonized him with a heap of allegations that led one reporter to ask police accountability advocate Mesha Irizarry, "Aren't you relieved the police killed such a vicious criminal?"

On Sunday, KTVU.com reported an announcement by San Francisco Police Chief Greg Suhr that a gun had been found which he said belonged to the victim. That police have also kicked off the usual campaign to demonize the victim is evident in KTVU noting that “the suspect had an extensive criminal record out of state.” And in another standard response to a police murder, KTVU reported, “Police patrolled the Third Street corridor Sunday with an additional 10 officers due to an increase in gun violence in the past three weeks.”

“This is insane! They are shooting people over transfers?” exclaimed Renaldo Ricketts on Facebook. “Over a transfer – a piece of paper? That is just so wrong!” wrote Sherry Bryson.

“Why did they have to chase him for a transfer?” wrote Latashia Burleson, who started the discussion. “There are many people on the bus who didn’t pay. What they gone do, chase everyone down? And they wonder why they don’t get no respect or cooperation in the community. This makes my blood boil. It has to stop!”

As night fell, firefighters washed the teenager's blood off the sidewalk and police and reporters talked. Rick Hauptman, who posted this photo on Facebook, noted: "The police seemed almost jolly. I saw many handshakes among them; I couldn't figure that out. Were they solely being respectful to their colleagues and to senior officers, or was it something else?”

On June 29, Bayview- and Mission District-based POWER, heading a coalition of transit and civil right activist groups that recently helped secure 12,000 free passes for low-income youth passengers, staged a demonstration calling for free Muni – free transit passes for all passengers, the San Francisco Examiner reported. The San Francisco Municipal Railway, known as Muni, has followed up major rate increases in recent years with greatly intensified police fare enforcement, imposing heavy fines and even jail time for riders who are unable to prove by showing a paper transfer that they paid their fare.

“Let’s all remember that we are second class citizens to the police. Period,” remarked Robert Pineda. “We have a Mafioso-type situation in San Francisco,” wrote Alan Collins, “where the police make endorsements of so-called ‘moderate’ political candidates and those candidates very often win election and you almost never hear anything from them that amounts to criticism, let alone any type of serious investigation, of the police. This has made SF a city with police who are simply unaccountable, can be assured of getting away with virtually anything, and a collection of elected officials who know that if they do anything that counters what the police want, they will be treated the way Rupert Murdoch has operated with his media empire: reward and punishment.”

“As the state has removed any illusion that it exists to serve or protect people, we can see clearly that it exists only to push us into prisons and to shoot us in cold blood. Two single dollars are worth more to them than our lives. The very existence of the police clearly endangers all of us,” concluded an anonymous writer on Indybay.

A comment on YouTube under the video, “SFPD Ruthlessly Shoots and Kills Unarmed 19yr old Man over $2 Bus Fair,” posted above, reflects the common wisdom in the community that this was a public execution with a purpose: “The white man did the same thing during slavery. They would take a Black man and whip him or kill him in front of all the slaves, to make sure the slaves got the picture of who’s in control.”

A press conference and speakout has been called for Monday noon at Third and Oakdale by the Idriss Stelley Foundation, Education Not Incarceration, the San Francisco Bay View newspaper and Poor Magazine. According to Indymedia, a protest will begin at 5 p.m. Tuesday in Dolores Park.

Bay View publisher Willie Ratcliff can be reached at publisher@sfbayview.com or (415) 671-0789.

Like Loading...
‹ Caught on Tape: Police Beat & Taser Fullerton Homeless Man Kelly Thomas to Death
Pacifism: How to Do The Enemy’s Job For Them ›