Two-thirds of US mining disaster victims had black lung 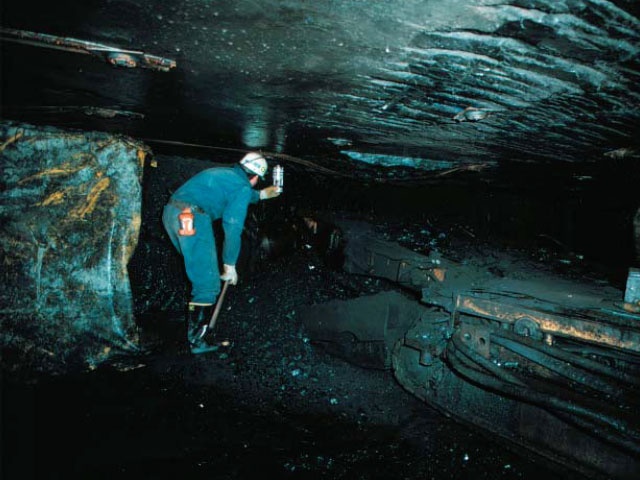 Autopsies performed on 24 of the 29 miners killed in the April 5, 2010, blast at the Upper Big Branch mine in West Virginia last year revealed that 17 had Coal Workers’ Pneumoconiosis (CWP), also called black lung disease.

One of the miners with CWP was only 25 years old. Five had worked in the mines fewer than 10 years, while nine worked in mining for over 30. Four of the 17 worked at the UBB mine almost exclusively. Four of the seven miners who were not diagnosed with black lung were characterized as suffering from “anthracosis,” i.e., at a preliminary stage of the disease.

Medical examiners were not able to determine if five of the victims had black lung or not, because there was not enough lung tissue left to perform necessary tests after they were hit by the blast and the resulting fireball.

The fact that 71 percent of the UBB victims tested had black lung is damning proof of the horrendous conditions that existed at the Massey Energy-owned mine. The percentage of working coal miners with the disease in West Virginia is 7.6 percent—although that figure is most likely low.

Such a high rate of black lung disease has not been seen among coal miners for nearly 100 years. At that time, miners first used manually held power drills without water to cut through the coal and rock. Those tools were called “widow makers,” and were soon replaced with drills that had a water hose attached to suppress the dust that the miners would have to breathe.

Massey Energy mines are notorious for having high levels of coal dust along with poor ventilation.

Investigators into the UBB disaster say a spark, caused by the mining machine hitting rock, ignited a pocket of methane gas. The explosion set off a much more powerful and destructive coal dust blast, which traveled the miles of underground passageways destroying everything in its path and killing the 29 men.

A report issued earlier this month—issued by an investigative team appointed by then-governor Joe Manchin—concluded that Massey had ignored basic safety precautions in order to maximize production. In particular, the company refused to provide proper ventilation and to dust work areas and machinery with pulverized limestone—both crucial to preventing methane and coal dust explosions.

(See: “Report reveals ‘corporate culture’ of safety violations before fatal blast at West Virginia mine” and “Report on US mine disaster: An indictment of American capitalism”)

Massey has sought to deny responsibility for the UBB explosion. They claim methane gas seeped into the mine from a crack in the mine floor, and that the gas explosion killed the men, not a blast fueled by accumulated coal dust. But the staggering levels of black lung—and testimony of survivors about high levels of coal dust in the air—is further proof that Massey did nothing to address the deadly conditions before the disaster. As one miner interviewed by the investigative team put it UBB was a “ticking time bomb.”

CWP is the result of miners breathing coal and rock dust over an extended period of time. As coal dust accumulates in the lungs, the body is incapable of either dissolving or expelling the coal. Lung tissue is destroyed, reducing lung capacity and leading to fibrosis and a greater risk of emphysema, chronic bronchitis and other respiratory illnesses.

Rock dust or crystalline silica cuts into lung tissue, and the buildup of scabbing around the scarred tissue speeds up the effects of black lung.

There is no cure for this extremely painful and incapacitating disease. As lung tissue hardens, miners become short of breath and suffer excruciating pain each time they breathe.

As a result of a massive industrial and social struggles by coal miners over many years for better safety conditions, standards were adopted for coal dust and ventilation controls, and there was a corresponding decline in the number of black lung cases. The isolation and betrayals of major struggles by the United Mine Workers of America (UMWA)—including the 1984-85 strike against Massey coal—led to an enormous reversal for miners, as the coal bosses were given a free hand to re-impose conditions not seen in 100 years.

In the decade since issuing that recommendation, over 10,000 miners have died from black lung. In a follow up report, issued in 2009, NIOSH found that black lung rates among active miners had nearly doubled.

The rise in black lung is directly related to the push by coal operators to extract greater profits by producing more coal in a shorter time and with fewer workers. 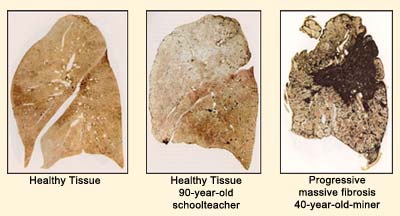 The NIOSH report attributed the rise in black lung to two major factors. First, that miners were being exposed to more coal dust and for a longer time, because companies were requiring miners to work longer shifts; and second, that miners were being forced to dig coal in seams that were thinner and thus cutting into rock producing crystalline silica that causes silicosis.

The NIOSH study found that, as a result, the disease was progressing faster, and that young miners who were getting the disease were dying at a younger age.

It should be pointed out, that Davitt McAteer—the lead author on the UBB investigation—was the head of the Mine Safety and Health Administration (MSHA) under the Clinton administration when the NIOSH recommendations for reducing the levels of coal dust were first made.

Under McAteer’s direction, MSHA did not implement the recommendations. Only in the final years of the Bush administration were rules proposed that would lower the permissible level of coal dust from the 2 milligram level to one. That rule was never enacted under the Bush administration, and Joe Main, the UMWA former safety director appointed by Obama to head MSHA, killed the proposed regulation.

In 2009, Main announced that MSHA would conduct a campaign against black lung, but it took more than a year until MSHA released its new proposal for lower coal dust levels in the mines in November 2010. That proposal has yet to become law, and it is very likely to be killed again as the Obama administration seeks to lift regulations and promote coal as a major part of his energy policy.