If you’ve been keeping up with the abortion debate in this country, you have no doubt heard some very interesting claims made by anti-abortion activists. Some of these claims need to be taken seriously, but others…well, not so much. In the spirit of raising the level of discourse, here are ten provably false claims that anti-abortion activists really need to stop repeating.

1. “You can’t be pro-choice and be anti-death penalty/anti-war at the same time.”

False. The pro-choice position is predicated on the idea that women have the right to decide whether to carry their pregnancies to term. The victims of the death penalty and war are fully conscious persons rather than presentient entities in a woman’s womb, so the moral questions involved are entirely different.

Almost always false. Many abortion protest photographs are artist’s renderings or the result of image manipulation, and the bulk of the rest are of very late-term fetuses aborted for emergency medical reasons. The most well-known graphic abortion poster is of a 30-week-old fetus, aborted six full weeks into the third trimester. The vast majority of abortions are performed during the first trimester, and Roe v. Wade only protects first and second trimester abortions.

4. “Even first-trimester fetuses can feel pain.”

False. Fetal nerve cells can react to trauma, but pain reception requires a neocortex–which is not formed until early in the third trimester.

False. Fetuses begin to develop a minimal brain stem at 7 weeks, but are not capable of consciousness until the third trimester and most likely remain unconscious until birth. As one brain scientist puts it: “the fetus and neonate appears incapable of … experiencing or generating ‘true’ emotion or any semblance of higher order, forebrain mediated cognitive activity.” 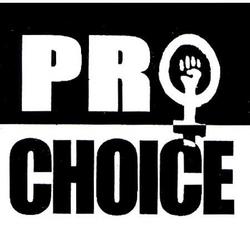 False. Emergency contraception prevents pregnancy from occurring in the first place by blocking fertilization of the egg and subsequent implantation in the uterus; it does not, and cannot, induce abortions. If your objective is to reduce the number of abortions, then the single most effective thing you can do to achieve that goal is to help make emergency contraception universally available over the counter.

7. “Banning abortion will get rid of it, once and for all.”

False. In El Salvador, abortion is illegal with a possible 30-year prison sentence attached–and women can still easily obtain cheap black market abortificients to induce abortion. The only drawback? No medical supervision. Banning abortion won’t put an end to abortion, but it will put women’s lives at risk.

8. “Pro-choice activists want to increase the number of abortions.”

False. Pro-choice activists lead the charge in advocating comprehensive sex education, increased access to birth control, condom use, and emergency contraception, all of which reduce the incidence of abortion. Strangely, anti-abortion activists work equally hard to make these options more difficult to access–creating the impression that the anti-abortion movement is more concerned with sexual purity than abortion.

9. “Pro-choice activists want abortion on demand until the moment of birth.”

False. Pro-choice activists work to protect the Roe v. Wade standard, which allows states to ban elective third-trimester abortions. The debate over late-term and partial-birth abortions has to do with abortions performed for emergency medical reasons, not elective abortions.

False. Human life actually begins prior to conception, because each sperm and egg cell is a living thing. It is more relevant to discuss when sentience, or self-awareness, begins. In 2000, the British House of Lords established a Commission of Inquiry into Fetal Sentience, which estimated that higher-level brain development begins to commence at about 23 weeks.