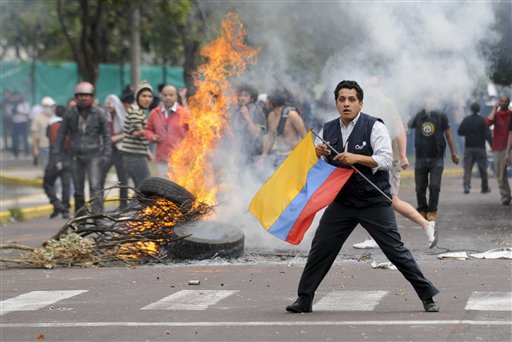 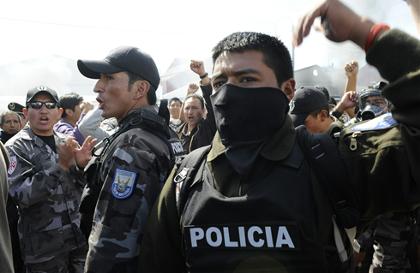 From the Chilean Communist Party (Proletarian Action) and the Confederation of Indigenous Nationalities of Ecuador (CONAIE):

THE POPULAR ORGANIZATIONS OF ECUADOR AGAINST THE POLICE REVOLT:  THE POLICY OF THE PARTY OF ACTION AND THE OPPORTUNITY FOR REACTIONARIES AND IMPERIALISM TO PROMOTE A COUP D’ETAT!

Groups of comrades and friends,

The situation which crosses Ecuador today requires a full and dialectical analysis. It is necessary to focus our immediate and long-term interests toward the benefit of the workers and towns. One is not to be against all type of revolts–it is necessary to see them in light of the popular interests of the workers within their framework and not fall into the traps of reactionaries and the right. Thus, even though the revolt of the police occurred within the framework of them claiming that they are in defense of the economic interests that affect the troops and even the working public, it is not possible  to help but observe that it has support from the imperialists. The  problem is to know clearly who desires what politically and to whom the police revolt represents which has occurred in Ecuador. Even with the contradictions, the Party of Action along the workers and towns of Ecuador believe it is not possible to support the fascists and the coup participants. Next we gave an important declaration to them which represents the stance taken by the popular organizations of Ecuador, that gives their vision to us on the political situation that affects the Republic of Ecuador. 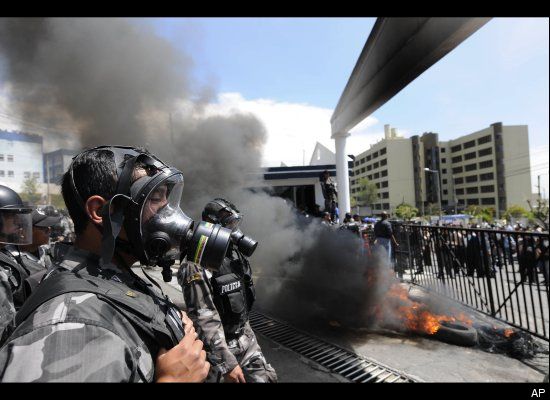 No More Dictatorships in Latin America!

The political crisis in Ecuador at this moment caused by the insubordination of the police has been turned by police officers and some military sectors into a coup attempt, behind which is undoubtedly Ecuador’s right wing and the forces of imperialism.

We have no doubt that this political crisis is a right-wing reaction against the 2008 Constitution, adopted by the affirmative vote of 64% of Ecuadorians, and is therefore a clear threat to democracy, Plurinationalism, and the Sumak Kawsay (living well).

In the geopolitical dimension it is also a threat to the Venezuelan and Bolivian processes. It is not coincidental that reactionary sectors of the country celebrated the attempts of destabilization in the Venezuelan elections. They had this same attitude toward attempts to overthrow the Bolivian government. Now the conservative sectors of the country have been adding to these dictatorial attempts.

What is the position of the organized social sectors? The vast majority of popular organizations that resist against dictatorship and neo-liberalism of the pro-imperialist oligarchy in Ecuador, and despite our deep disagreements with the national government that has tried some of our leaders as terrorists, this is no reason to stand with our historic enemies. Behind the protest of the police and their wage claims is the claim of ignorance of the Constitution where we recognize many of our proposals and historical struggles. 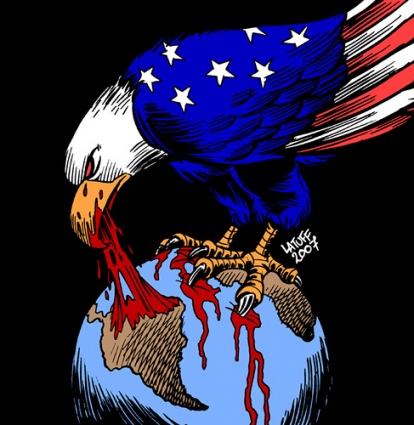 Leaving no room for confusion, our position is:

1. Reject the coup attempt and defend the Plurinational State.

2. We declare ourselves in permanent assemblies and alert to mobilize in defense of plurinationalism.

3. As part of a plurinational democracy, the only revolutionary alternative is to fight against supporters of the dictatorship, and to deepen urgent changes in the process of agrarian revolution.

We have already suffered too much with dictatorships, Honduras still hurts. No more dictatorship in Latin America.

For the Governing Council 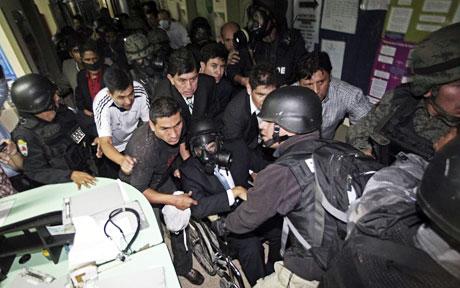 A process of change, as weak as it may be, runs the risk of being overturned or overtaken by the right, old or new, if it does not establish alliances with organized social and popular sectors, and deepen progressively.

The insubordination of the police, beyond their immediate demands, lays bare at least four substantial things:

1. While the government has dedicated itself exclusively to attacking and delegitimizing organized sectors like the Indigenous movement, workers’ unions, etc., it hasn’t weakened in the least the structures of power of the right, or those within the state apparatus, which has become evident through the rapidity of the response from the public forces.

2. The social crisis that was let loose today was also provoked by the authoritarian character and the non-opening to dialogue in the lawmaking process. We have seen how laws that were consensed around were vetoed by the President of the Republic, closing any possibility of agreement.

3. Faced with the criticism and mobilization of communities against transnational mining, oil, and agro-industrial companies, the government, instead of creating a dialogue, responds with violence and repression, as occurred in Zamora Chinchipe.

4. This scenario nurtures the conservative sectors. Already various sectors and people from the old right are asking for the overthrow of the government and the installation of a civil or military dictatorship; but the new right, from inside and outside the government, will use this context to justify their total alliance with the most reactionary sectors and with emerging business interests.

The Ecuadorian Indigenous movement, CONAIE, with its regional Confederations and its grassroots organizations states before Ecuadorian society and the international community their rejection to the economic and social policies of the government, and with the same energy we reject the actions of the right that in an undercover way form part of the attempted coup d’etat, and to the contrary we will continue to struggle for the construction of a Plurinational State with a true democracy.

Consistent with the mandate of the communities, peoples and nationalities and faithful to our history of struggle and resistance against colonialism, discrimination and exploitation of those who are below, of the poor, we will defend democracy and the rights of the people: no concessions for the right. 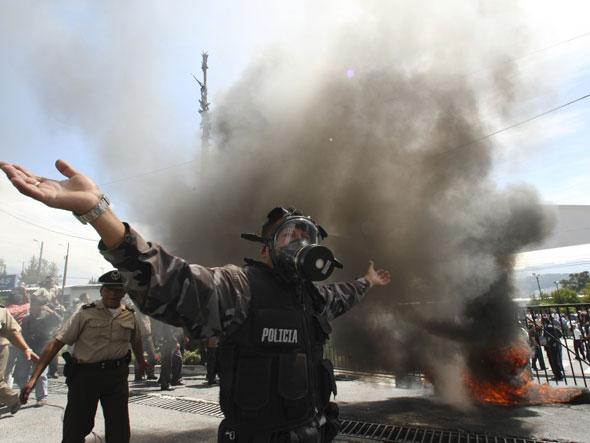 In these critical moments, our position is:

1. We convene our bases to maintain themselves alert and ready to mobilize in defense of true Plurinational democracy and against the actions of the right.

2. We deepen our mobilization against the extractive model and the imposition of large scale mining, the privatization and concentration of water, and the expansion of the oil frontier.

3. We convene and join together with diverse organized sectors to defend the rights of workers, affected by the arbitrariness which has driven the legislative process, recognizing that they are making legitimate demands.

4. We demand that the national government firmly depose every possible concession to the right. We demand that the government abandons its authoritarian attitude against the popular sectors, that they not criminalize social protest and the persecution of leaders: the only thing this type of politics provokes is to open spaces to the Right and create spaces of destabilization.

The best way to defend democracy is to begin a true revolution that resolves the most urgent and structural questions to the benefit of the majority. On this path is the effective construction of the Plurinational state and the immediate initiation of an agrarian revolution and a de-privatization of water.

This is our position in this context and in this historical period. 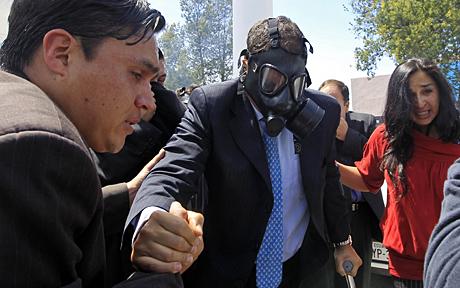