Aiyana Stanley Jones, age seven, was struck in the head and neck by a cop’s bullet while laying on a couch in her family home. Surprise, surprise, the murdered child just happened to be black. Detroit police raided the Jones house at 12:40 am, without knocking, by throwing a flash bang grenade through an unopened window and forcing their way inside. The suspect they were chasing was not in the Jones apartment.

Police Caught in a Blatant Lie 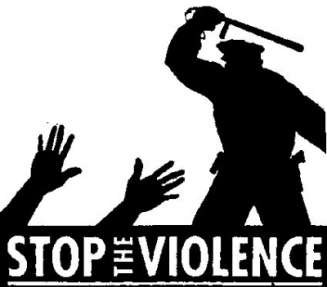 The original story put forward by the police is that the gun accidently discharged during a confrontation with Aiyana’s grandmother, and the bullet struck Aiyana in the neck. However, the police responsible for the raid were accompanied by a film crew videotaping for a reality TV show. An attorney who viewed the videotape spoke about the contradictions with the official police story. In fact, the videotape shows the flash bang grenade being thrown through the window, followed immediately by the officer’s gun being shot into the house from the porch, killing the girl.

“There is no question about what happened because it’s in the videotape,” Fieger, the attorney on the case, said. “Aiyana Jones was shot from outside on the porch. The videotape shows clearly the officer throwing through the window a stun grenade-type explosive and then within milliseconds of throwing that, firing a shot from outside the home.”

When You See Police, Run

The police are not our protectors or our allies—they are the armed thugs of the rich and powerful, paid to kill working people if we get out of line. Aiyana Jones will be the next name on the long list of lives stolen by police murder. All sorts of outrages against humanity have been perpetrated by cops. We will fight cops harder than ever thanks to the cases of people like Aiyana Jones and Sean Bell.

Like Loading...
‹ The BP Oil Spill in the Gulf
Guide For Moral Perspective in a Capitalist Society ›