In recent weeks, the United States has undertaken a series of measures to once again reaffirm its hostile and antagonistic policies towards the Islamic Republic of Iran. Earlier in January, the US Senate approved further sanctions against Tehran, and in February, the United States deployed scores of offensive ballistic missiles to its bases in the Persian Gulf under the pretext of “defending” neighboring Arab states from an alleged Iranian missile strike.

These latest manifestations of US hostility towards the Islamic Republic should come as no surprise when taken in consideration of Washington’s aggressive stance towards Tehran for the last 30 years.

History of the Islamic Republic
Iran has long been the object of imperialist desires, namely due to its massive oil reserves. While once previously enjoying privileged access to Iran’s immense oil wealth, Western imperialist states have since been effectively cut off, the result of the events following the successful Islamic Revolution in 1979, bringing about the overthrow of the US-and-British-backed Pahlavi regime, and the establishment of the Islamic Republic of Iran.

The Islamic Revolution brought about a resurgence of Iranian nationalism which didn’t bode well for Western economic interests. In a short time, the Islamic Revolution resulted in sweeping reforms and reversals of the policies of the notorious Shah monarchy, such as the nationalization of key sectors and industries of the Iranian economy, including the immense petroleum industry.

Since then, little has changed in the imperialists’ approach towards the so-called “Iran Question,” which remains committed to bringing about “regime change” in Iran in order to facilitate the coming to power of a more complicit and staunchly pro-Western government.

But short of declaring an openly aggressive military confrontation with the Islamic Republic of Iran, the US warmongers, in collaboration with Great Britain, France, Germany and the Zionist regime in occupied Palestine, have sought alternative tactics in achieving their overall strategic objectives. These “soft war” tactics, as they’ve been termed on numerous occasions, rely chiefly on economic, psychological and diplomatic intrigue in order to undermine Iranian national sovereignty and independence. 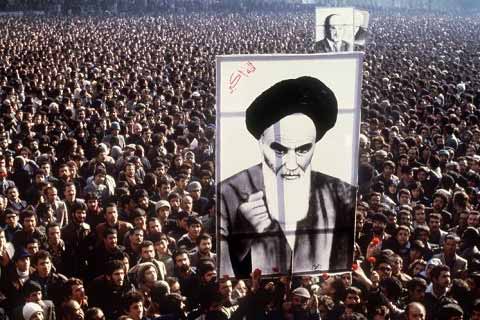 Western Aggression Against Iran Yesterday & Today
The US has historically served as the chief antagonist of the Iranian nation in terms of the application of severe punitive sanctions against the Iranian economy. Since 1979, the United States has proposed, sponsored and lobbied for far-reaching sanctions within both the framework of the United States legislature as well as the United Nations Security Council. Some of the most notorious sanctions include the Iran and Libya Sanctions Act (ILSA) of 1996 (later changed to the ‘Iran Sanctions Act’ when it was renewed by the US Congress in 2006), which aimed to restrict US and non-US firms from making investments in Iran with contracts worth more than $20 million. This further develops the sweeping trade embargo restrictions in place since 1979.

In addition to its attempts to weaken Iran through economic isolation, the US and its imperialist allies have worked clandestinely and outside the frameworks of international law to provide critical support to enemies of the Islamic Revolution, including exiled terrorist organizations with Monarchist links, such as the Iran Royal Association, as well as degenerate elements of the so-called “opposition” inside Iran, led by defeated Presidential candidate, Mir Hossein Mousavi. In fact, under the administration of US President George W. Bush, the White House requested an astonishing $400 million from the US Congress in 2007 to expand anti-government covert operations inside Iran, the details of which were a closely guarded secret kept from the public by administration officials. The Obama administration has equally adopted a hostile and provocative approach to intervening in Iranian internal affairs, not at all dissimilar from his predecessors, despite the President’s previous remarks alleging a so-called desire for “change” in US-Iranian relations. 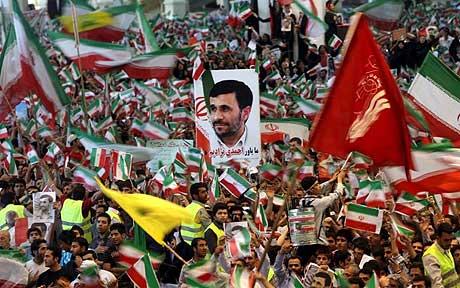 Man Behind the Curtain: the Iranian “Protests”
In the last year alone, the US has played a particularly malignant role in attempting to upset political stability in Iran, including instigating and providing key support to anti-government rioters following the re-election of Iranian President Mahmoud Ahmadinejad in June 2009. In the aftermath of the election, US officials came out publicly in support of the riots, consisting largely of petty-bourgeois students and the reformist-minded intelligentsia, and were involved in encouraging anti-government dissent to the point of promoting violence.

In an interview later, US Secretary of State Hilary Clinton confirmed that US operatives abroad had indeed supported the so-called “green revolutionaries,” but only after several leading figures involved in the riots were arrested and later found to have links to hostile enemy foreign intelligence services, including those of Britain, the United States, the Zionist regime and France. Likewise, Iranian security organs added that members of the British embassy had been directly involved in propagating rebellion and counter-revolutionary violence through secret meetings with leaders of the Mousavi-led opposition.
Similar evidence of the US’ direct role in instigating violence and political disarray in the Islamic Republic of Iran has surfaced on numerous occasions just in the last six months alone, including:

– The US-sponsored Jundullah organization, which has long maintained close links to the US’ Central Intelligence Agency, carried out a deadly bomb attack in southeastern Iran in October 2009, responsible for killing as many as 42 people.
– In January 2010, US and Zionist foreign intelligence services were reportedly involved in the assassination of a leading Iranian nuclear physicist, who was killed with an explosive device outside his home in the capital, Tehran.

– US and British foreign intelligence operatives, as well as German diplomatic officials, were implicated in instigating the blasphemous riots in Tehran during the occasion of the Ahsura Day mourning in January 2010.

– In 2009, US President Obama signed into law the so-called “Victims of Iranian Censorship Act,” (VOICE), which allocates millions of US tax-dollars to funding Persian-language anti-Iranian propaganda broadcasts in the Middle East. 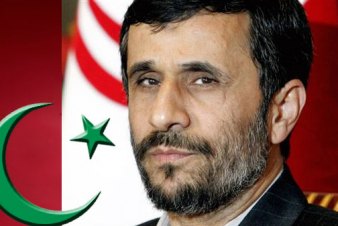 Aggression is Stepped Up
But imperialist intrigues against the Islamic Republic have also manifested on the official diplomatic plane, too. Over the last several years, Washington, London and Tel Aviv have led a crusade to undermine Iran’s peaceful nuclear energy program, accusing Tehran of allegedly constructing a nuclear weapons program for which it intends to launch a nuclear missile against the Zionist regime in occupied Palestine. Such preposterous claims have been central to the international conspiracy to isolate and further weaken Iran in order to force it to subject itself to Western influence and domination.

At the heart of this deceitful propaganda is the object of creating conditions favorable for launching military aggression against Iran. In recent years, the coordinated efforts of the imperialist-Zionist lobby have worked diligently to manipulate the international community into believing the alleged “threat” posed by a nuclear-powered Iran, despite all evidence to the contrary. In fact, on more than a dozen occasions over the last three years, the leading international nuclear regulatory agency, the International Atomic Energy Agency (IAEA), has reported that Iran’s uranium enrichment program has been, and continues to be, at levels necessary for a nuclear energy program, and not those needed for the construction of a nuclear war-head.

Nonetheless, Washington and Tel Aviv, with the assistance of private lobbyist groups such as AIPAC (American Israel Public Affairs Committee) and the complicit bourgeois mass-media, continue to attempt to influence official bodies, national governments into adopting a hostile attitude towards the Islamic Republic, without a doubt in order to generate sympathy towards the eventual undertaking of aggressive military action in Iran by leading Western powers.

For the imperialist warmongers, the question of Iran is not rested on “if” hostility breaks out, but “when.” Short of achieving their objectives through other “soft” means, history has shown, and all available evidence confirms, that when the circumstances are favorable, the US and its allies will attempt to wage aggression against the peoples of the Islamic Republic of Iran. The only solution to this outstanding threat, is the necessary unity of the Iranian peoples in defending their sovereignty and independence against the imperialism and Zionism.