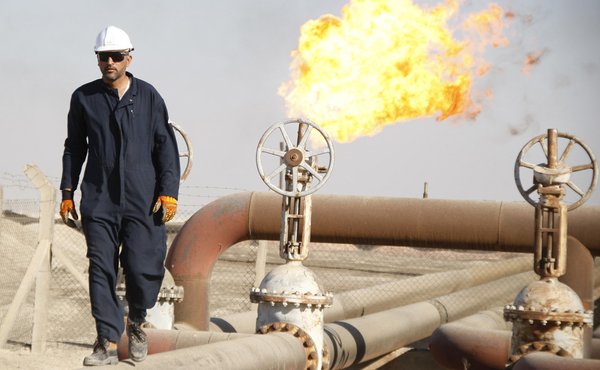 War over oil in Iraq is a rather old issue, but as Iraq seems to be drawn ever near to an open civil war setting the central government against the Kurdistan Regional Government (KRG) oil is once again the principle justification.

Oil and the contracts for them, anyway. Exxon Mobil has signed a pact with the KRG to drill in oil fields along the nebulous line of control between the two sides, near Kirkuk and the Maliki government insists it controls this region, in theory though clearly not in practice.

“The prime minister has been clear: If Exxon lays a finger on this territory, they will face the Iraqi army,” noted MP Sami Alaskary, a close aide of Maliki, adding that “we will go to war, for oil and for Iraqi sovereignty.”

Moving militarily against a major American oil company is risky in and of itself, but doubly so in this case, because the KRG has a military of its own, the Peshmearga, and has shown a willingness to deploy them against the central government’s military when they get too close to the line of control.

The KRG has regularly expressed concern about Maliki’s moves against them, saying they believe his efforts to buy large amounts of US military hardware are a prelude to an invasion of their semi-autonomous region, while warning that if Maliki continues to try to centralize power the Kurds may choose overt secession over waiting around for an invasion.

Exxon had initially had an oil deal with the Iraqi central government for the southern Qurna-1 oilfield, but believes the fields along the line of control, where they could deal with the KRG instead of the Iraqi National Oil Company, to be more profitable. As Iraq has often moved against companies that do separate business with the Kurds, Exxon has made no secret of its intention to unload its portion of Qurna-1 onto some other company.

Like Loading...
‹ Court Rules Antiwar Activists Can Sue Government Spies
A projected 13.1 percent of workers will be unemployed at some point in 2013 ›