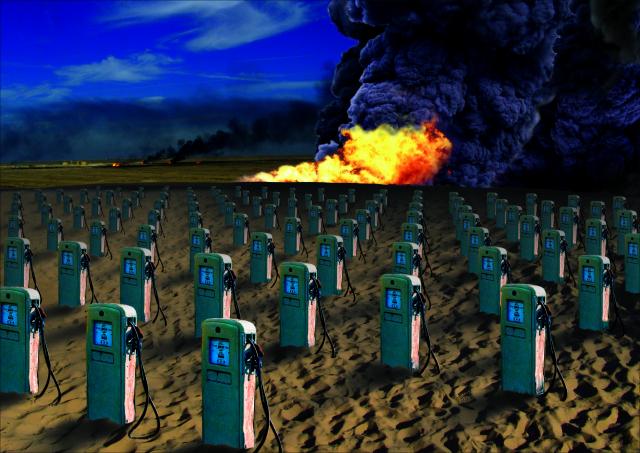 President Barack Obama, who owed his 2008 election victory in large measure to the popular revulsion felt by millions of Americans toward the wars of aggression launched by the Bush administration in Afghanistan and Iraq, has more than fulfilled George W. Bush’s predictions concerning the “wars of the 21st century.”

He has gone his Republican predecessor at least one better. Bush proclaimed an infamous doctrine that asserted the right of US imperialism to wage war against any country that it perceived as a potential threat, now or at any time in the future. In doing so, he embraced the principle of “preventive war,” a form of aggressive war for which the surviving leaders of the Third Reich were tried at Nuremberg.

In justifying the war against Libya, Obama has promulgated his own doctrine, which dispenses with even the pretense of a potential threat as the justification for war. Instead, he claims that the US is within its rights to wage war wherever it deems its “interests and values” to be at stake, even if the targets for attack pose no conceivable threat to US security.

In his speech on Libya, Obama included among these inviolable American values “maintaining the flow of commerce,” i.e., the flow of profits into the coffers of US oil companies and other corporations.

Even as US cruise missiles rained down upon Libya nearly three months ago, Obama cynically asserted that Washington had launched the war for fear that repression carried out by the Libyan government of Colonel Muammar Gaddafi would extinguish the “Arab Spring.”

What hypocrisy! Washington’s real attitude toward the democratic aspirations of the peoples of the Middle East and North Africa have found unmistakable expression over the past several days in a series of actions.

Obama welcomed to the White House the crown prince of Bahrain, a monarchical dictatorship which, with tacit US support and the open military backing of Washington’s principal ally in the region, Saudi Arabia, has ruthlessly suppressed a mass movement for democratic rights, killing hundreds, detaining thousands and routinely torturing detainees.

The prince arrived just days after the regime began a military trial of doctors and nurses. Arrested for treating protesters wounded by security forces, these medical workers have been compelled by means of electric shocks and beatings with boards embedded with nails to sign false confessions.

In an official statement, Obama “reaffirmed the strong commitment of the United States to Bahrain”—whose regime hosts the US Navy’s Fifth Fleet—and praised its monarch for his embrace of “dialogue” and “reform.” The US president helpfully advised that “the opposition and the government”—the tortured and the torturers alike—“must compromise to forge a just future for all Bahrainis.”

On the other side of the Arabian peninsula it was revealed by the New York Times that the US is “exploiting a growing power vacuum” created by five months of mass upheavals against the US-backed dictatorship in Yemen to launch a new war in this, the most impoverished country of the region, using drone missile and jet fighter attacks.

While allegedly directed against Al Qaeda elements, there is every indication that the attacks are aimed at salvaging the regime of President Ali Abdullah Saleh, even while easing the dictator out of the presidency he has occupied for 33 years.

The first reported strike in this new theater of war opened up by the Pentagon killed at least four civilians along with several alleged “militants.”

In Libya, the US-NATO war approaches the end of its third month with an intensification of the relentless terror bombings that have claimed the lives of hundreds of civilians and an untold number of Libyan soldiers. Launched under the cynical pretense of protecting civilians, Washington and its European allies make no bones about their real aim being “regime-change,” i.e., the installation of a puppet state that will ensure the domination of imperialism and the major Western oil companies.

This is the real response of US imperialism to the “Arab Spring”—an explosion of militarism in the Middle East and North Africa, a desperate attempt to bolster the dictatorships that serve its interests in the region, and a determination to strangle the revolutionary struggles of the Arab workers and youth.

These new military interventions come on top of the nearly decade-old wars and occupations in Afghanistan and Iraq, which, it becomes increasingly clear, are to continue indefinitely.

In a Senate confirmation hearing Thursday, CIA Director Leon Panetta, who has been picked by Obama to replace the outgoing Pentagon chief, Defense Secretary Robert Gates, allowed that he had “every confidence” that the regime in Iraq will soon request that Washington keep tens of thousands of US troops on Iraqi soil after a December 31, 2011 withdrawal deadline.

Panetta made it clear that Washington is prepared to keep the troops in place “to make sure that the gains we’ve made in Iraq are sustained.” That the overwhelming majority of the Iraqi people, for whom the American occupation has meant the death, maiming and displacement of millions, want all 47,000 US troops out of the country now is beside the point.

The man that Panetta is replacing, Defense Secretary Gates, has repeatedly stressed over the last several days that the July 2011 deadline that Obama set for beginning the withdrawal from Afghanistan should spell no significant reduction in the deployment of nearly 100,000 American troops.

After meeting with military commanders in Afghanistan over the weekend, Gates stressed that any drawdown would be “modest,” telling NATO defense ministers in Brussels that “there will be no rush for the exits on our part.” Meanwhile, every week brings new atrocities, with civilian casualties inflicted by bombings, special forces night raids and drone missile attacks across the border in Pakistan.

American workers, students and youth are increasingly forced to bear the burden of a policy of endless war aimed at forging a global empire to serve the interests of the US financial oligarchy. Election after election and poll after poll have demonstrated that a substantial majority of the population opposes these wars, yet this opposition finds no expression within the two-party political system or the corporate-controlled media.

Working people are well aware that trillions of dollars are spent on these wars and the US military-industrial complex, even as federal, state and local governments, led by Democrats and Republicans alike, declare that no money can be found to pay for jobs, decent wages, health care, education or other vital social services.

Moreover, the attempt by the American ruling elite to use militarism to offset the decline in US capitalism’s global economic position generates increasingly dangerous international tensions and the threat of far bloodier wars to come.

Even as mass hostility to these wars grows, antiwar protest has faded almost entirely from the scene, smothered by a middle-class ex-left layer that supports Obama and has largely integrated itself into the Democratic Party.

A new movement against war can be built only on the basis of an irreconcilable break with the Democrats and the independent mobilization of the working class against the Obama administration and the capitalist profit system, the source of war and militarism.