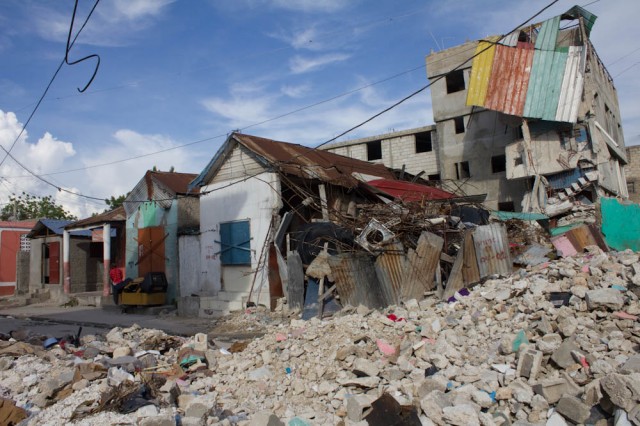 Just a few days into the new year, the situation in Haiti is dire. One year ago, on January 12th, a magnitude 7.0 ravaged the Caribbean nation, killing an estimated 230,000, and rendering over a million people homeless. While officially, leadership of Haiti falls to President René Garcia Préval and the Haitian government, most authority is exercised by MINUSTAH, the UN Security Council’s occupation force, and the variety of NGOs which have moved into Haiti. Naturally, the United States took a leadership role in the “relief efforts.”

The United States has a long history of interfering in Haiti’s affairs. In 1911, Haiti experienced a period of political chaos in the form of a long series of assassinations, coups, and counter-coups. Acting on behalf of U.S. corporate interests, who feared for the safety of their assets, the U.S. government sent the military in to occupy Haiti. Within the 20 months of active resistance to the occupation, 2,250 Haitian natives were killed.

The occupation lasted until 1934, when the last troops were pulled out and control was handed back to a government in which political and economic power was concentrated within the hands of a mulatto ruling class. The U.S. continued to influence Haitian politics throughout the 20th century, propping up the dictatorships of “Papa” and “Baby” Doc Duvalier, and overthrowing two democratically-elected leftist governments headed by Jean-Bertrand Aristide in both 1991 and 2004. 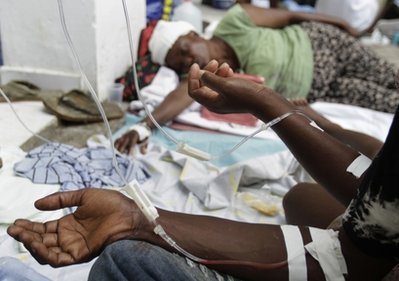 Almost a century later, and in the middle of another period of tumult, U.S. imperialism, under the humanitarian facade of the UN mission, has returned to Haiti to solidify their control over the country and its resources. Much criticism has been directed at MINUSTAH for prioritizing the security of government and private capital over more basic issues of health and personal security. According to Reuters, the response was “limited to handling security and looking for looters,” and there are multiple reports of UN Peacekeepers being responsible for civilian casualties after using heavy-handed measures to arrest criminals and gang leaders (1).

While MINUSTAH will spare no expense to protect the security of capital from “looters” and street gangs, less priority is given to countering sexual violence against Haitian women, which has seen a rapid increase in the year following the earthquake. With many of them living in makeshift tent cities, with little to no police protection, women are frequent victims of rape.  According to local organization Commission of Women Victims for Victims, more than 250 cases of rape were reported within the first 150 days after the earthquake (2). 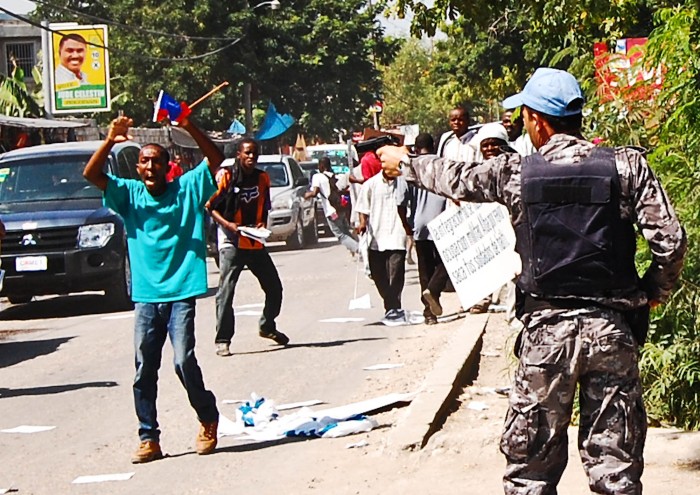 Likewise, little has been done to help alleviate the nation’s cholera epidemic, which began to spread in October 2010, and has since killed 3,333 people and infected an additional 150,000. While the UN attempted to raise money for a response program to counter the rapid spread of the disease, so far they have only raised $44 million out of $172 million, or 25% of their goal (3). Again, this illustrates the fact that the priorities of MINUSTAH are to serve the interests of capital first, with that of ordinary Haitians in a distant second.

This current debacle in Haiti reflects a larger trend within capitalism itself. Within the system of capitalism, the bourgeoisie have always taken advantage of catastrophic events such as wars and national disasters to expand their markets. It is within these periods of disaster that capitalists seize the opportunity to redraw borders and re-divide the spoils amongst themselves. Therefore, if Haiti is to receive genuine humanitarian resistance, it cannot come in the form it presently comes in, i.e. a militarized occupation by U.N. peacekeepers. 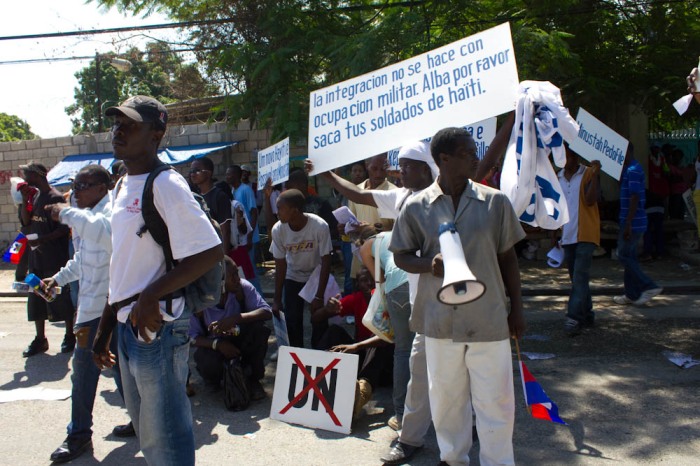